Why do we do something? Fun? Money? An endless sense of responsibility? I can imagine using those three reasons to become a journalist. But they’re also the reasons I could never become one. (Not that anyone’s offering.)

As a child I hated journalists. I swore blind that I’d never become a journalist (or a politician). But in recent years, I’ve looked at journalism a little differently.

Sure, I Guess Journalism Can Be Fun

Journalism is just writing, after all. And it all depends on what you write. Sure, I’d love to write about games all day. But when does fun become something else? When you’re told to do it.

Perhaps I’m just contrary, but the idea of someone telling me to do something is draining. If I wanted to do it, I’d have already done it by now! I’m neither built to carry my own schedule nor capable of obeying orders. It took me forever to write a blog post for Laura when she asked.

Let’s just say, I’d have to be a damned good writer for an editor to keep paying me for zilch.

I’m a Bit of a People Pleaser

Others might call me a sheep. I call myself a sponge. I have no control over how my opinions change when someone tells me something. Like Mass Effect: Andromeda. It’s why I don’t read reviews anymore.

But there’s the other aspect. Where I actively panic when people don’t agree with me. I’m constantly second-guessing every opinion I have, even though I believe in it from deep within my gut. If I’m writing a review, I refuse to talk about it before I’ve got it posted.

Sure, traditional journalists don’t have to deal with comments underneath and they dictate opinions. But they have editors who do comment and insist you change things. And I’d either panic or lash out. Either of which would be career killers right there.

Seriously, I take my hat off to journalists who write because they have a moral compass that tells them the world needs to know. They’re the ones who put themselves in danger to show the world the secret wrongdoings of those who are supposed to protect us.

Now, I don’t have to just mean war reporters. But they risk death and mental illness daily. I also mean those who fight to expose corruption at the hearts of Governments. The ones to dig for the right reasons. They’re the reporters who disappear to become conspiracy theory fodder. Or are just ruined.

Here are two examples of those exceptional humans who went out of their way to make a difference for those without voices:

Multi-award-winning Marie Colvin is the first who comes to mind. She was an inspirational woman who reported on some of the worst atrocities in living memory. And died in her attempts to expose the murder of Syrian civilians at the hands of their own government.

And the photographer Kevin Carter, who won a Pulitzer for his famous photograph The Vulture and the Little Girl. Sadly, he too died in the line of duty. After seeing such horrors, he ended his own life. Just as much a victim of his job as Colvin.

How on earth could I dare to be a journalist when there are people out there making a difference? If I was a journalist, I’d have to be the kind who ruined themselves for it or I’d never be able to live with myself.

But I’m not that kind of person.

I Used to Hate Journalists

Sure, I hate some. I recently found out that they don’t have to be unbiased. But as with anyone, we all have different opinions. My opinions happen to differ greatly to those voices in the traditional media. Maybe that’s because I’m not their target audience. I don’t think anyone in my generation is.

But I don’t hate all journalists. Just as I’m trying to unlearn my hatred for all politicians.

When done right, journalists are the mouthpiece of the people. They see things we the public don’t have access to. We need them to help us make a balanced judgement about situations. It’s only when you mistake them for being unbiased that you come unstuck. There are humans typing those articles.

Now, this post might seem overly positive about journalists, but I’ve still got my (major) problems with the way many operate.

Journalism is one of those jobs where anyone with a keyboard or a camera can try their hand. But should they? I know I shouldn’t. I know the paparazzi shouldn’t.

But the inspirational people like Colvin and Carter have proven that there is a right way to use journalism. And they’re the ones who prove not just anyone can do it.

Want to write a guest post for The Great Saxby? 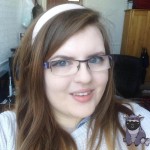 ☁️ “Rest is not idleness, and to lie sometim

And so the day begins! How are you on this fine We

Okay, I lied. I’m not really going away for work

The place is cleaned and our stuff is packed! Be s

This error message is only visible to WordPress admins


Error: API requests are being delayed for this account. New posts will not be retrieved.

Previous Post: « What I Have Changed Since My Previous Blog
Next Post: How I Improved My Happiness »

I’m Laura, a mother of one tiny human and two very large German Shepherds. Married to a guy who is as indecisive, chatty and hilarious as I am.

I HAVE A PODCAST!

☁️ “Rest is not idleness, and to lie sometim

And so the day begins! How are you on this fine We

Okay, I lied. I’m not really going away for work

The place is cleaned and our stuff is packed! Be s

This error message is only visible to WordPress admins


Error: API requests are being delayed for this account. New posts will not be retrieved.